A small selection of our (many and varied) extracurricular activities…

Nicholas Attfield has been busy writing programme notes for this year’s  Salzburger Festspiele.

John Croft recently premiered a new work for orchestra, …che notturno canta insonne, performed by Ilan Volkov and the BBC Scottish Symphony Orchestra at the Tectonics Festival Glasgow 2015 (for those outside of the UK, follow this link and go to the bottom of the page for an excerpt). He also had an article published in the April issue of Tempo (the last one with our late, great Bob Gilmore as editor). You can find the article by following this link Composition is not research, and you can go here to get an idea of the reaction his postulate provoked.

Carl Faia, while continuing his collaborations with Art Zoyd Studios and composing a new work for  ondiste
Nadia Ratsimandresy, he finished a collaboration with composer Carol Robinson and guitarist Serge Teyssot-Gay recently premiered at Césaré in Reims. A crazy extract of the piece, Nacarat, is here.

Christopher Fox wrote a moving tribute to Bob Gilmore in the April issue of Tempo. He has also been selected as the new editor of the journal. He recently changed his mind about writing for orchestra. Find out why here. As well as a composing desk full of new things for voices, he also had Headlong performed at The Forge in April. The video with Heather Roche performing is below.

Frank Griffith has a new CD, The Frank Griffith Big Band, you can find (and order) by clicking on the image. There are musical excerpts as well to be found on the same page.

Harald Muenz recently had a world premier performance of a multimedia extravaganza at the Alte Kirche St Martinus in Pulheim-Stommeln. The work, I Fiffari for mechanical bird calls and ensemble with electronics, was commissioned by Raumklänge 2015. Ian Pace has been performing his work, schönes klavierstück, all over Europe, as well…

Sarah Nicolls, while constantly organizing concerts or festivals, also finds time for a premier of her large scale unique piece, Moments of Weightlessness, premiered at Brighton Dome Corn Exchange. Here is a video teaser to give you an idea of the work.

Colin Riley has, among many other activities, been awarded an ‘Individuals’ fund from the PRS for Music Foundation to start work on Made 2 Resonate Project (pieces for solo instruments with resonating objects). You can watch a short documentary on Hanging in The Balance (a precursor of Made 2 Resonate), below.

Jennifer Walshe has been busy in the past, present and future of Irish experimental music, (real and otherwise): A Droning In The Eire: Jennifer Walshe On The Irish Avant-Garde. She was also the subject in a series of interviews on composers and their rooms. You can see hers below (click on the photo to go to the BBC Radio 3 page). 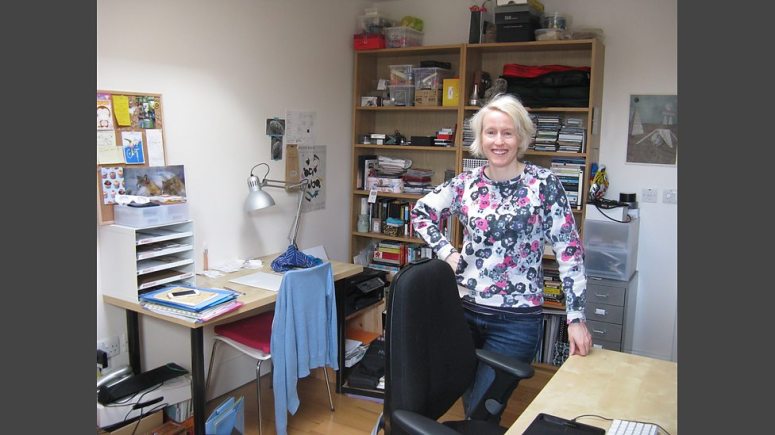 Peter Wiegold will have a premier of his work, Scare-Fire, at the Cheltenham Festival in July. He has also been fine tuning the activities of club inégales. You can read more about the latest series, Original Voices, by clicking on the photo below.