Between the 15th and the 22nd of March, I have been very fortunate to be along some wonderful composers, poets and performers at Aldeburgh, as part of the English Song Project. It turned out to be a very intensive week for all of us, and the extraordinary outcome seemed to surprise a lot of people! 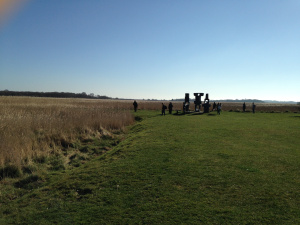 The course was led by John Woolrich and David Harsent, who were also joined by Peter Wiegold, Huw Watkins and Richard Edgar Wilson. In a very dark and mysterious way, I was paired with the ever so delightful and enjoyable poet Rebecca Perry, with whom (between aubergines, dogs and beers) ended up working on some …deadly stuff.

The project is still developing and the final result will be presented in Club Inegales (Euston) in July 20th, but the week ended with a presentation of work in progress:

So, what do you think?